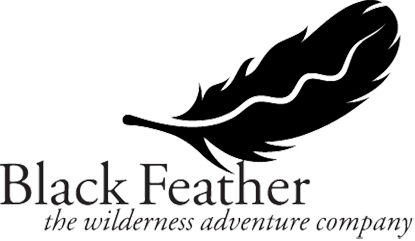 In over 40 years of providing adventure travel holidays, we have paddled and hiked thousands of kilometers with countless satisfied customers. We've learned how to make your trip very special. Over 70% of our clientele are returning participants!

Alexandra Fiord is on the east coast of Ellesmere Island - in Nunavut, Canada. This magnificent area is found high above the Arctic Circle at nearly 80 degrees north latitude, and only 30 kilometers from the west coast of Greenland.
Read More
Tidewater glaciers calve icebergs into a magnificent fiord system, ringed by the highest mountains in eastern North America. Extreme isolation and harsh weather conditions for much of the year have restricted explorers to this part of the world. Thus, this fiord system still holds many secrets of past civilizations. Each summer, for a brief period beneath the midnight sun, the temperature moderates. The snow melts from the rugged mountain peaks, and the sea ice breaks up. This provides a brief opportunity to explore this amazing place by kayak. The islands and fiords are rich with wildlife. Some of the best-preserved artifacts and ruins from Thule, Dorset, and Viking cultures dot the shorelines. This expedition is perfect for seasoned Arctic adventurers. Participants should be adventurous, and looking for one of the most unique travel experiences on earth.
View Less
Starting at
$15495 CAD
Package Price
Book Now
Request Info

In over 40 years of providing adventure travel holidays, we have paddled and hiked thousands of kilometers with countless satisfied customers. We've learned how to make your trip very special. Over 70% of our clientele are returning participants!

Kayaking Equipment
• sea kayaks with rudders, paddles, spray decks, etc.
• PFDs (you may bring your own)

What Guests Are Saying

Thank you so much for running the Alexandra Fiord trip. What a fantastic experience. I've been to the north many times, and the stunning scenery and amazing interpretation of the archaeology made it my favourite.

Inspiring paddlesports participation through quality coverage of the people, places, adventures, boats and gear, trends and events that make paddling something you'll do for the rest of your life.